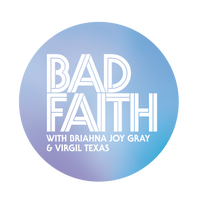 After a week of Afghanistan hot takes, one thing is clear: the left has an isolationism problem. Everyone agrees that imperialism is bad. But disagreement has emerged over what obligation, if any, America has to the country it's occupied for 20 years, and the individuals left behind. On one hand, some folks are arguing that there's no good way to withdraw, and that any discussion about how to improve Biden's actions this month is an expression of imperialist sympathies. On the other hand, leftists shocked by images of men falling from cargo planes and stories about the unique threats faced by women are horrified by the indifference to the human cost of withdrawal. Is there a principled middle ground between isolationism and imperialism? Is it possible to articulate a standard by which "intervention" is justified? Would the left argue against humanitarian intervention in Rwanda? What about WWII? This week, we have a robust conversation about the vacuum created by the fact that the world lacks international institutions with the authority to mediate global disputes, what America should do in lieu of said institutions, and how we got into this mess in the first place. Our guests assess whether we should all be "Biden Bros" on this issue, or if a more nuanced approach would serve the left better. We're joined by Graeme Smith, journalist and author of  The Dogs are Eating Them Now: Our War in Afghanistan, Stephen Semler, co-founder of Security Policy Reform Institute -- a think tank developing and promoting ideas to align U.S. foreign policy with working-class interests -- and Shahid Buttar, a former congressional candidate and constitutional lawyer. It's a conversation you won't hear anywhere else on the left.

This episode is from Bad Faith Premium Feed whose proprietor has full ownership and responsibility on its contents and artworks. It was shared using Castamatic, a podcast app for iPhone and iPad.